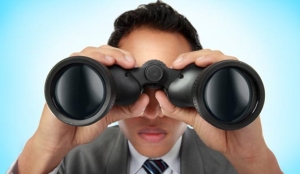 It is not surprising that one of the most interesting directions for networking is the concept of Software Defined Networks (SDN) and Software Defined Wide-Area Networks. SDNs and SD WANs are both the result of the application of technology and computing power to emulate network functionality in the cloud. Early forecast for SD WAN had revenue racing into the tens of billions of dollars before the end of this decade, but reality is setting in. Although the growth is rapid with SD WAN, it is not at the rate of the forecasts made in 2013. However, it is the coming multi-location network trend.

The benefits of SD WAN land in the traditional set of normal cloud transitions. They include better scalability, faster time to deployment, improved reliability, lower cost and future proof technology. However, there is more to be considered when making the transition to SD WAN.

It is also important to understand what functionality is transitioning from MPLS and to SD WAN. One of the reasons to transition from MPLS to SD WAN is the continued increase in traffic that’s expected both within a network and between networks. Another consideration is the demand for new services, applications, and security. MPLS cannot compete with the faster time, lower costs and the range of service offerings that will become available as SD WANs evolve, making SD WANs the primary networking methodology to support future business needs. A key study that’s done every year by Cisco is an analysis of Internet traffic volume, users, usage and so forth.

Cisco’s annual Visual Networking Index makes it is easy to see that the growth of Internet traffic in business networks will outpace service providers’ ability to remain committed to physical infrastructures and closely tied hardware for networking. Therefore, SD WANs will become much more commonplace and ultimately the dominate form of multi-location business networking.

The Cisco Visual Networking Index reported in June that busy hour Internet traffic is going much more rapidly than overall Internet traffic. The busy hour increased 51% year-over-year in 2016 versus 32% growth overall. It can be debated as to what percentage of this busy hour traffic is strictly business. However, we know that traditionally the busy hour or the traffic that occurs in the mid-morning and afternoon is driven by business users. and that busy hour traffic is increasing at a faster rate than the average traffic usage across the Internet. The only way to support businesses when there’s such a demand is by moving it from hardware defined to software defined cloud infrastructure. It’s cheaper to improve, upgrade and evolve software than it is to replace install and maintain hardware.

Although SD WAN did not reach the early forecast numbers for growth that were proposed in 2013, it is clear that the only way business can reach or meet demand is by transitioning from MPLS to SD WANs. The transition’s timing will depend upon current investment in private circuits, network infrastructure and other infrastructure operations and support elements. For those businesses without an investment in MPLS solutions, the transition to SD WANs will accelerate given faster ROI and reduced costs. SD WANs will provide real-time visibility and control, true centralized management, and the ability to track software and service innovations more quickly.

Given the potential for SD WANs to overtake MPLS within the next few years, it is important to market these solutions matching the way that businesses evaluate the benefits and drivers to SD WANs. Too much of the marketing today continues to be based on the traditional cloud benefits which may not reflect the same answer as examining if existing infrastructure costs are too high or the increased value of new services and functionality are not properly weighed. Understanding how the technology can improve business productivity, revenues, and, ultimately, profits will be the biggest driver of change.

Raven Guru Marketing can assist in you in developing effective marketing strategies for SD WANs, MPLS and other SDN solutions. Contact us to find out how.

Don’t miss out on the latest news and information from OTG Consulting!