There is Nothing Neutral about Net Neutrality

Not surprisingly, the FCC, under its new chairman, Ajit Pai, is pursuing the elimination of net neutrality rules established by Tom Wheeler, the prior FCC chairmen. 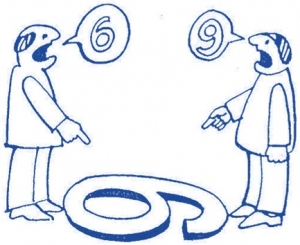 This is consistent with the Yin/Yang practices of the two political parties, where policies swing from one end of the spectrum to the other, where each sees a problem from a different perspective. Pai is wrong to reverse the rules, however, modification could result in improvement.

Conceptually, net neutrality is simple. It rests upon the principle that internet traffic should be treated equally without preference to the application, service, provider or recipient. Net neutrality also allows for charging users that are consuming or downloading large amounts of data more for higher bandwidth to maintain a certain level of service. However, net neutrality does not allow an Internet Service Provider to penalize the application provider by treating the delivery of such information or data as a lower priority.   Net neutrality is best described as offering the same level of service for the same cost to everyone regardless of the services purchased. The most commonly used example are streaming movie services. Given that ISPs offer competing services to Netflix, Hulu and Amazon, they are incented to treat traffic using their services more favorably. A better example for B2B is Unified Communications and Collaboration (UCC), where businesses purchase Voice over IP (VoIP) calling, cloud PBX features and cloud collaboration and meeting services. The largest ISPs (AT&T, Verizon and CenturyLink) all offer these UCC services. Without net neutrality enforcement, it is likely they will treat business customers differently depending upon their choice of UCC provider. Interrupting business communications can cause lost sales, poor customer service and obstruct daily operations.

The existing net neutrality rules ensure information is managed and delivered in an unbiased fashion because ISPs have attempted to discriminate based upon the source, recipient or use of the information. The supposed alternative to FCC oversight is the consumer’s power of choice. If customer expectations for service are not met, then they should switch to a competing ISP or service provider. This is consistent with the open or free market principles underlying capitalism. However, the Internet should be viewed as a utility. Like electricity, water and telecommunications, the Internet has become necessary to function at a base level in our society. Therefore, regulating its availability and level of service is justifiable and desirable by the FCC.

The FCC has a responsibility to the American people and service providers to ensure access and availability while providing for profits that can sustain and support the growth of the Internet and development of new applications. I recognize that with a change in governin 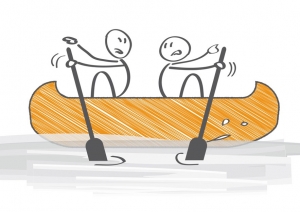 g parties, policies are modified to align them with long standing political views. Sadly, this usually happens without serious debate about the negative effects upon the citizenry. I fully expect net neutrality to be either stripped of any material influence or eliminated. The result will be a new set of policies until the other political party regains control and we are jerked into a new direction. There is nothing neutral about how politicians treat us. However, it is noteworthy that the largest identified group of voters are independents, not Democrats nor Republicans.

We have the opportunity to express our views directly to the FCC on Net neutrality and other issues. I suggest using www.gofccyourself.com set up by John Oliver which streamlines the path to comment on Net Neutrality. NOTE: Due to a high number of comments, the FCC is not accepting public comment at this time. Check back to the site in another week or so to see if they are allowing comments again. (BTW, I did get my comments in before they closed access).

Don’t miss out on the latest news and information from OTG Consulting!